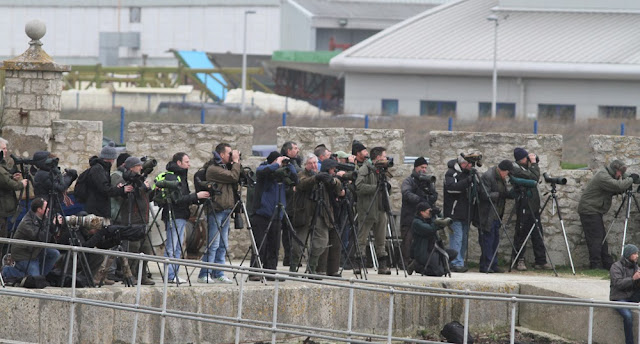 Arrived at Portland Harbour to be told the Brunnich's Guillemot had showed briefly just after dawn before flying off around the breakwater, the weather was testing to say the least, force 6 SW wind with squalls. Scanning with everyone else I picked up a winter plumage Black Guillemot and 2 Great Northern Divers. After almost two hours I went back to the car to see just how naughty the kids were being ! We then drove around to the viewing spot in front of the Aqua café where it had been seen from earlier. No sooner had I got out of the car the twenty or so birders all started to point and bunch together - they had it ! It was about 400m away and made two dives in quick succession before amazingly it was directly below our position at very close range. It then went under again and resurfaced some 200m away and was clearly heading for the marina where I had been stood about then minutes before ! News went out and all the birders in the distance started running towards us, not realising it was in fact coming to them ! 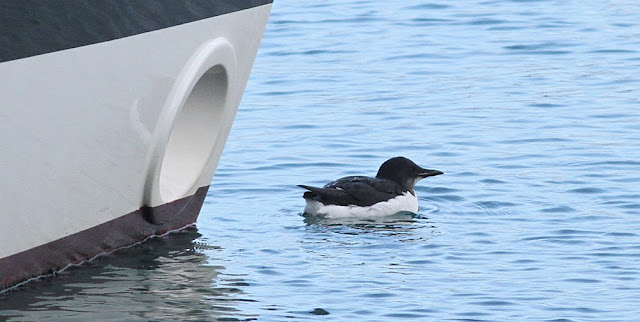 Eventually it settled down in the marina, spending 30 minutes just sheltering around the back of a small boat and on view constantly, preening and wing flapping. The bird clearly knew this area well and has most probably been here for a period of time. 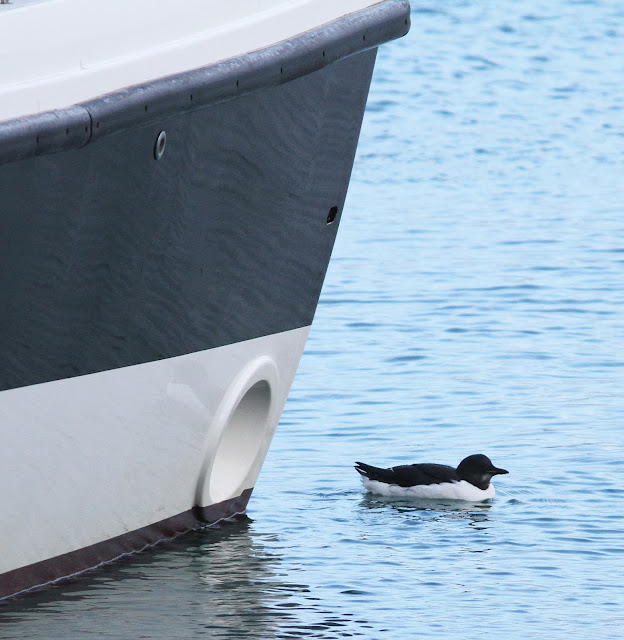 After some fifty minutes it once again started diving and after just three dives was out of the marina and heading for the more open part of the harbour, where it spent t he next few hours in company with mergansers, a razorbill and the black guillemot. 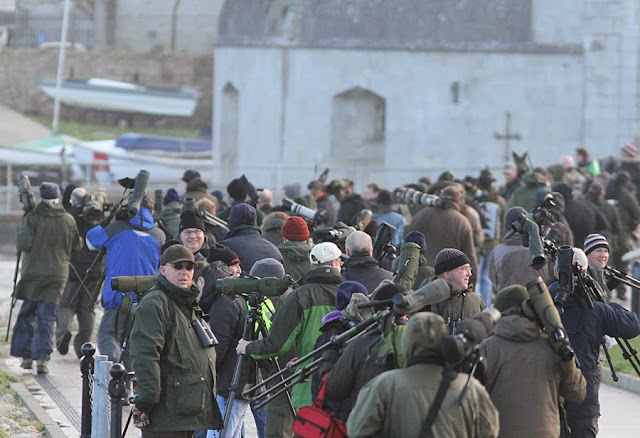 Being the first ever mainland twitchable individual this bird brought great pleasure to hundreds of people today and if it settles to winter here then hundreds more will see it. A great Christmas present from the Arctic.
Posted by Mark Thomas at 10:27 PM

There's me, the bloke in the green coat 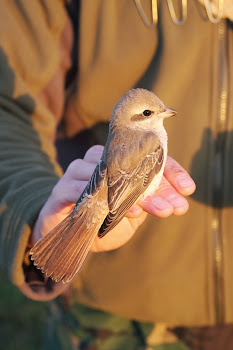 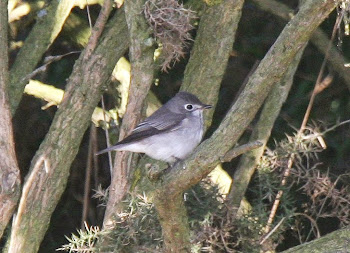 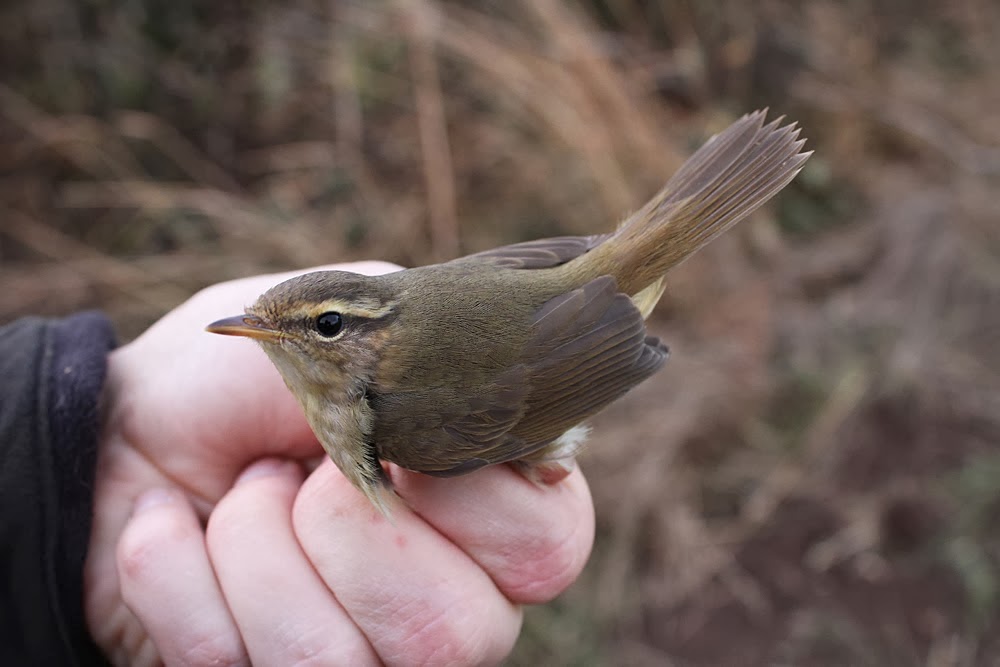